By the looks of it, yes, Imee Marcos is seriously considering a senate run next year, 2019.

The governor, whose third term ends next year, has been going around provinces from Nueva Ecija and Pangasinan to Metro Manila cities, and, as I write this, to Iloilo where the Dinagyang Festival is ongoing.

Once hesitant to run for a national post (she said she would rather go back to her first loves: filmmaking, graphic animation, and theater), Imee seems to be now considering the growing clamor for her to run for senator. Such clamor, I suspect, is getting stronger as the vice presidential protest of her brother Bongbong is at snail pace. Bongbong can’t run for the senate without jeopardizing his protest, and people want a Marcos in the national scene.

Imee is no stranger to legislative work. Prior to becoming governor, She was representative of the 2nd District of Ilocos Norte for 9 years. As governor, she focused on programs for education and youth empowerment, agriculture, economic development, tourism, and the advancement of clean energy, winning for Ilocos Norte a host of awards.

Whether her clash with Rudy Farinas—House Majority Floor Leader and himself a possible senatoriable—which led to congressional hearings would affect her chances remains to be seen, but judging by the very warm reception she experienced in places she has visited thus far, a senate seat is not beyond her reach. 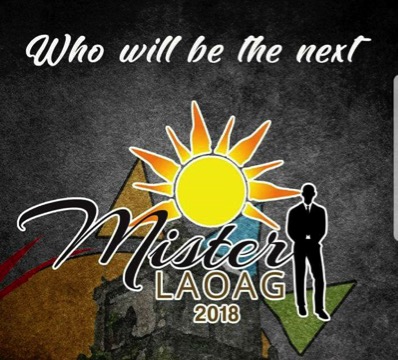 Laoag City could be one of the most LGBT-friendly cities in the Philippines. A third of its elected councilors are openly and proudly gay. There’s Rbee Ablan who comes from a prominent political family, businessman Handy Lao, and Mikee Fariñas who happens to be a daughter of the power couple—the city mayor and vice mayor. All three city councilors ran on a platform of gender equality and promised to promote gender-sensitive legislation. True to their promise, they pushed for the passage of The Comprehensive Anti-Discrimination Ordinance of Laoag City which is currently under review by the Sangguniang Panlalawigan. Moreover, Mayor Chevylle Fariñas is known to be friendly with the LGBT community, and gay people are highly placed under her administration. Gender discrimination was unheard of at the Laoag City Hall…

Until lately. It comes as a surprise that there is much resentment among members of the local LGBT community at this time because of an issue surrounding an event spearheaded ironically by Councilor Lao—the Mister Laoag pageant.

One aspirant is believed to have been rejected on account of his suspected relationship with a gay person. The basis? A photo of him in an intimate pose with a transgender. Note that the picture showed no nudity or any taint lewdness, but did give event organizers a hint that the aspirant could be in a same-sex relationship. During the interview held open to the public, the controversial aspirant (CA) was asked by the seven-member panel if it is true. Out on the spot, he denied it. The panel also felt at liberty to ask CA what roles he played in bed. Note that these questions were not asked all candidates.

Thirty-six applicants vied for 16 slots, and CA did not make the cut. In an interview, Councilor Lao explained to me that every aspirant was assessed holistically and that total personality of each aspirant was assessed. While Lao belived that CA was not rated based on one issue alone, the councilor did not deny that the issue could have, indeed, hurt his chances. It was a split-hair decision. Of the seven members of the selection panel, 4 voted to reject CA while 3 wanted him in. Lao was with the minority.

According to insiders, the organizers were worried at how having CA would affect the reputation of the show. Lao said they also wanted to protect the candidate from possible bashing and ridicule. They felt it was not time to have a candidate like CA in Mister Laoag.

There was outrage among LGBT members in Ilocos. Feeling insulted and rejected, they cried foul. They were quick to point out about hypocrisy and double standards. They felt betrayed by the bigoted act, especially because it was committed by friends. Those friends send the messages loud and clear: Having a same-sex relationship will deny you opportunities;  LGBT relationships ruin credibility.

Lao was well-aware of the outrage, and, in an interview with me, he confessed to have shed tears over the controversy. While he stands for the collegial decision of the screening panel, he accepts that shortcomings and excesses may have been committed. These, he said, will be seriously addressed in the next editions of Mister Laoag. As of our time of interview, the councilor is yet to reach out to CA or the members of the LGBT community. He said he was still collecting his thoughts and planning how to proceed.

“Needless to say, yes, something like that happened,” remarked Councilor Fariñas, promising to look closer into the matter. As an advocate for equality and respect that is due all human beings in the city, the councilor says he is disturbed by the issue. “I don’t think anybody should be judged based on their relationships because acceptance and respect inspire human persons to perform better and do well.” He said that the mayor is bent on gathering parties concerned to shed light on the unfortunate controversy.

Councilor Ablan, for his part, stressed that he will never tolerate discrimination. “I, for one, suffered from discrimination almost all my life. I know how it feels and I know what a person in this situation goes through,” he shared before asking, “Do we all have to have the same lives to enjoy the same rights?”

Aian Raquel, provincial tourism officer, makes this sad note, “Everybody knows what’s happening. No amount of sugarcoating and euphemism can hide homophobia even within the bakla circles.”

It is my fervent and sincere hope, dear karikna, that this issue is properly addressed so that we can honestly advance the right of individuals to freely affirm their sexual orientation, gender identity, and expression.

As for Laoag City and its illusions of LGBT advancement, the bubble has been burst. Only if we successfully shrug off the medieval, parochial, bigoted tendencies of people—especially those who make decisions that bear an impact on our collective consciousness—can we truly move forward.

We wish the Mister Laoag pageant well, and its pure, immaculate, unsullied reputation, and I seriously pray that this issue is settled in the soonest time. There should be no place for hate and hurt, not only because we will be celebrating the Laoag City Fiesta and Ilocos Norte’s bicentennial in the next days, but more because everyday we struggle in a world already filled with manmade misery and conflict, to live and let live.