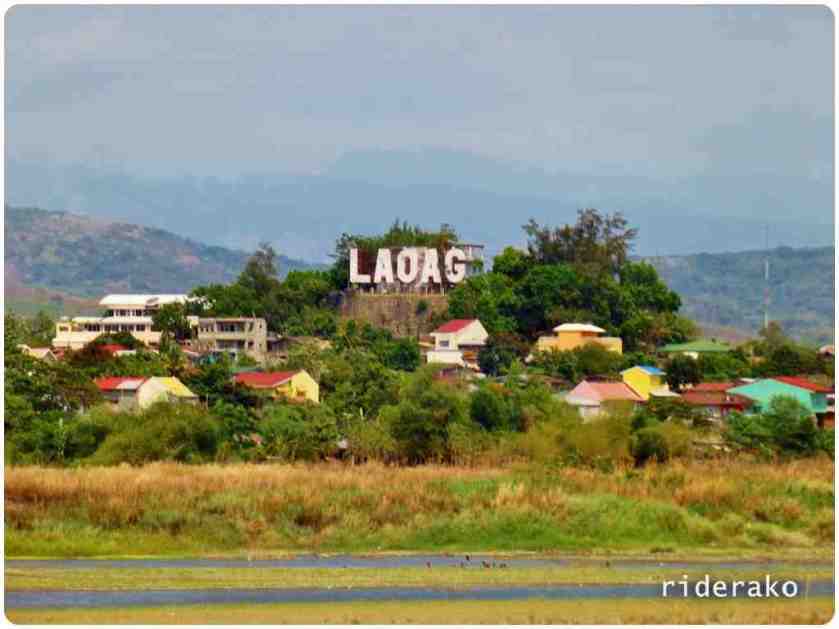 NOT ONCE but twice. President B.S. Aquino mentioned Laoag City two times in his State of the Nation Address on July 28 at the Batasan in Quezon City.
First is when he announced that NEDA (which, incidentally, is headed by an Ilocos Norte native and MMSU alumnus—Sec. Arsenio Balisacan) has approved the Laoag City bypass road; second when he illustrated the extent of national highways his administration has built: it can connect the cities of Laoag and Zamboanga four times, he said.

It is quite refreshing to note that Laoag City bears an imprint in the President’s consciousness, yet he has never come here since he became president. I am not sure why, but it could be two things: maybe he thinks Ilocos is hostile ground for him or, in reality, he doesn’t really care enough about this part of his kingdom. To her credit, Governor Imee Marcos has always spoken well about P-Noy, and would share stories about their experiences in congress—they being together in the opposition during the time of Gloria Arroyo.

P-Noy did come to Ilocos though when he needed our votes, and while he did not rank first in the polls here, with Joseph Estrada and Manny Villar besting him, it was not bad. Compared to her late mother who got zero in a number of precincts in the 1986 snap elections, P-Noy got from Ilocanos a good number of votes, and that included mine and, I guess, most of my colleagues in The Ilocos Times who bought his anti-corruption tack: Mitch Esmino, Steve Barreiro, and Jun-B Ramos.

Not only did I vote for P-Noy; I wore yellow for almost two months preceding the 2010 presidential elections. But I have not worn those shirts in a long while. It is odd that he mentioned Laoag twice regarding roads which connect us to the rest of the country while he has seemingly disconnected himself from us since we became part of the body he collectively calls “Boss.”

I may be P-Noy’s boss, but Nora Aunor is my idol. As a Noranian, I was deeply hurt when the country’s one and only Superstar was rejected by Malacañang as national artist. I hope it had nothing to do with Ate Guy’s glorious Ilocos Norte visit and her being declared as honorary daughter. Only a paranoid drug addict would do that.

Let’s go back to the SONA. As expected, the president’s State of the Nation Address boasted the government’s achievements in the previous year. As usual, there were the bloated statistics, overrated accomplishments, and other endeavors that sounded good in the speech but, in actuality, are characteristically mediocre. True to showbiz form, there was also a lot of drama.

At the beginning of the ninety-one minute speech, Aquino defended, although only subtly, the Disbursement Acceleration Program, over which he is now being widely criticized, and over which a growing number of impeachment complaints have been filed against him. Footages of thankful DAP beneficiaries were even shown to gain public sympathy.

To the president’s credit, he did not attack the Supreme Court anymore the way he did days before the SONA. Instead, in a sign of respect to Congress, he urged them to pass a supplemental budget. Another good point for the president’s speech is his decision no longer to pass the blame on our social ills to Gloria Macapagal-Arroyo. It was also an act of prudence that he did not boast or gloat about the imprisonment of three senators accused of plunder over the PDAF. He deserves a tap on the shoulder for seeing through the peace accord with the MILF, and hopefully the Bangsamoro Basic Law will be enacted within his term.

The rest of what he said are just noise. Government’s response to Yolanda, for instance, was in itself a disaster, with the delivery of help going at snail pace and is even shamefully tainted with corruption. Even as he boasted government efforts to provide quality housing to those who were displaced, the victims themselves belied this immediately and pointed out to their continued miserable condition. Yes, a lot of roads may have been constructed but are they of good quality? And what about the poor manpower planning in the face of K –to-12? He did not even mention the Freedom of Information Act that media practitioners like mE have been lobbying for years. And what happened to agrarian reform?

The teary-eyed president, with all his antiques and Argumentum ad Misericordiam, a logical fallacy that appeals to emotion, has so far failed to prove that everyone, be it a foe or an ally, will be punished if they do not tread the straight path. As of now, only the political enemies of the administration are being prosecuted. While the president himself may not have been accused of stealing a penny from government, he should explain why Hacienda Luisita benefitted from payouts funded by DAP.

I found it corny that this president, already in his mid-fifties, again invoked the memory of his parents to gain public sympathy. We know of course that he won not on account of his own achievements but only by riding on the popularity of his elders. The Filipino is worth fighting for? Fighting against who? Those who filed the impeachment complaint? But they are not the enemy. Noynoy Aquino got it wrong. He must learn to listen as well, and come to terms with his own shortcomings and excesses.

The time he wasted for his dramatics could have been spent more on expounding on his vision of the Philippines he will leave behind in 2016, and to what extent his administration has been meeting targets. While he did say he wanted a successor who can ably carry out the reforms he has started, the president could have taken the chance to explain salient aspects of his development plan that can and should be carried out regardless of whoever occupies Malacañang next. Moreover, he could have stressed how we, ordinary citizens, can participate and contribute actively towards that end.

Meanwhile, members of Congress applauded too frequently and so hard before, during, and after the president’s speech. It was reminiscent of the years of fall, disgrace, and descent of Gloria Macapagal Arroyo. While Filipinos may be usually ma-drama, they can easily distinguish sincerity from plasticity when it comes to the SONA and other political speeches. Thankfully again, most of our countrymen, including administration critics, perceived Aquino’s emotional episode, where his eyes became wet and his voice cracked, as sincere.

All these said, your karikna considers the administration’s performance as slightly above average. On a scale of 1-10, this boss, one of a hundred million Filipinos, gives this president who has never visited Laoag City an unemotional 6.5.