Unlike last year’s inaugural list dominated by politicians, this year’s is a more interesting mix of personas who have made a significant dent in their respective spheres of influence. The youngest is 21 while the most senior, actually the recipient of the Lifetime Achievement Award which we are introducing this year, is seventy something. Among the Top Ten, there are more male awardees, 8. Nine are based in Ilocos while one is a US migrant.

As chair of the selection committee, let me invite you to meet the Top 10 Ilocanos for 2013 picked by the Editorial Board of The Ilocos Times, the oldest and most read newspaper in the North. 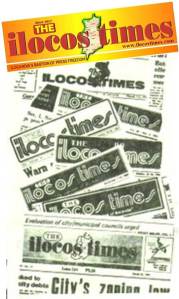 For being at the forefront in the linguistic and cultural struggle for freedom, for autonomy, and for authenticity.

As president of Nakem Conferences International and coordinator of the University of Hawaii at Manoa Ilokano Language, Culture, and Literature Program, this literary genius has contributed immensely to the reclaiming of the Ilokano identity through his body of work—including award-winning prose and poetry, Ilokano dictionaries, and conference proceedings—and, more significantly, by actively taking the cudgels for the Ilokano in crisis.

When the Saviour’s Christian Academy controversy broke out in August, he swiftly organized an international committee to protect the fundamental rights of three children dismissed from the school for speaking Ilokano inside the campus. The campaign he led resulted to investigations by national government agencies and the coverage of national and international media organizations, prompting the SCA president to reverse his decision and issue a public apology. 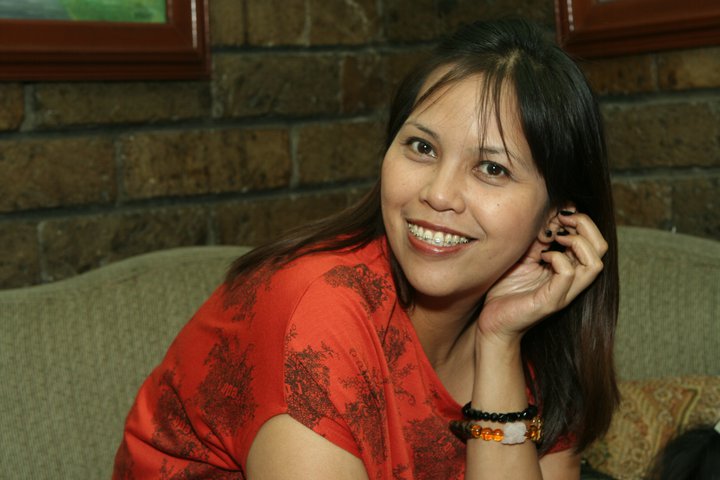 For setting the highest benchmark in the Ilocano food industry, and for her significant efforts in civic leadership, especially as president of the Bakeries and Restaurants Association of Ilocos Norte (BRAIN).

Her restaurant, La Preciosa, has itself become a culinary mecca for Ilocos tourists. Described by people she does business with as “extremely professional and well-loved,” she has expanded her business operations by opening Arabella, an events place.

For bringing honor to the country by winning the Gold Medal in Decathlon at the 27th Southeast Asian Games held recently in Myanmar, and for setting a new Philippine record in the sport, thus earning him the distinction as Southeast Asia’s new ironman.

In high school student, Cid was a star at Ilocos Region Athletic Association meets, where he was spotted by recruiters from Manila universities. He played for Far Eastern University and reigned over athletic events at the Universities Athletic Association of the Philippines (UAAP) for five years. This 21-year old son of a high school principal and a school staff obtained an education degree in April.

For his sterling achievements in  neurology, and for his patronage of Philippine contemporary art.

Having served as chief medical officer of St. Luke’s Medical Center, the country’s top medical institution, he lends his expertise not only to hospitals up north, but also in the establishment of a medical school expected to open in Ilocos Norte next year.

In the 90’s, Boston Gallery (located in his Cubao home) provided a haven for struggling artists who were then unappreciated and unseen but whose works today art collectors scramble for. His Pinto Art Gallery in Antipolo and Sitio Remedios in Currimao are meccas for the cultural literati. 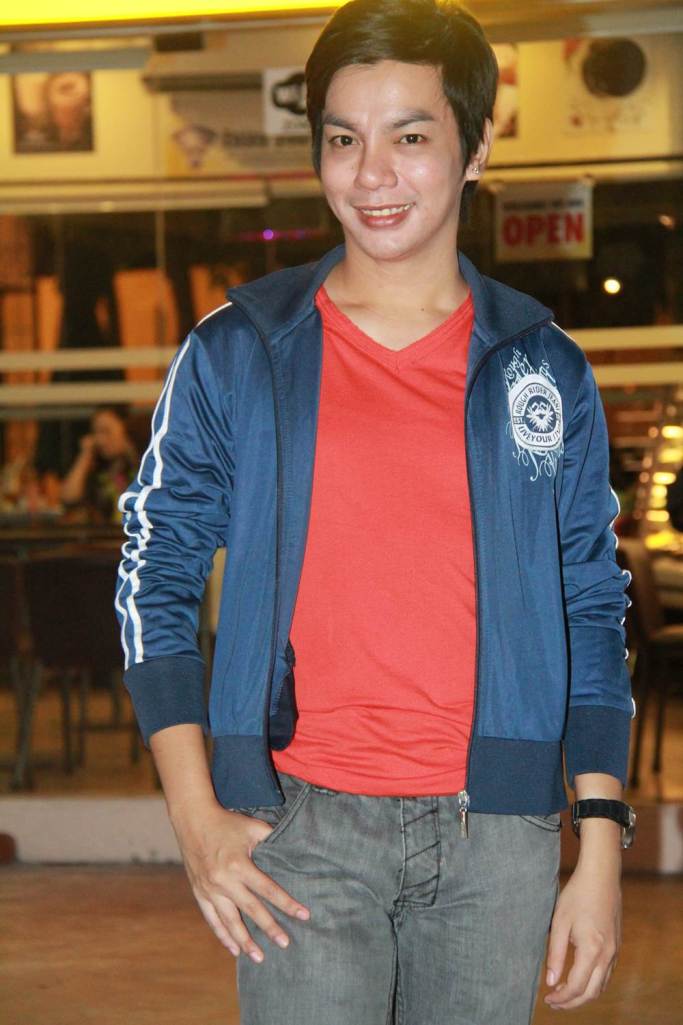 For training the youth to dance their way to success, and for helping shape an otherwise meaningless and confused festival.

In 2010, this high school physical education teacher steered a group of kids to the championship of Showtime, a nationwide talent showdown on ABS-CBN. Today, those young gymnasts are stellar members of pep squads of UAAP-member schools, particularly the University of Santo Tomas and National University, champion of this year’s UAAP Cheerdance Competition.

By his persistence and creativity, he has helped define Laoag City’s Pamulinawen Festival which, owing to its glaring lack of historical and cultural roots, was one of the biggest losers in the inaugural Tan-ok ni Ilocano Festival of Festivals in 2011. It was a complete turnaround when Espiritu took charge as head choreographer the following year: Laoag won as grand champion, a feat they proudly repeated this year. 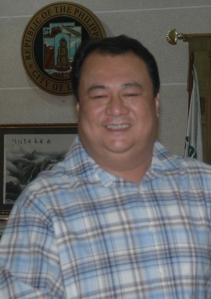 For reaping a host of awards for Laoag City during his three terms as mayor.

His nine-year reign, which is now being carried on by his wife Chevylle, was not without major controversy, but Laoag has been constantly evaluated by various bodies as one of the best governed LGUs in the country. Under his leadership, the city’s commercial landscape dramatically changed, with big business, mostly retail giants, coming in. The Philippine Chamber of Commerce and Industry hailed Laoag as Most Business-friendly City for 2013.

For his belief in the potential of celebrating his people’s traditional tribal culture.

More than just preservation, the Nueva Era mayor has ushered a renewed pride for the Tinguian culture and has made it relevant for both natives and tourists. The Tadek Eco and Tribal Village, which has soft-opened and will be formally inaugurated on January 8, is home to a vibrant and joyful dialogue among peoples and cultures. And this pioneering initiative, which is the highlight of a new eco-cultural tourism trail in the little-explored Eastern part of Ilocos Norte, is expected to generate income, too. 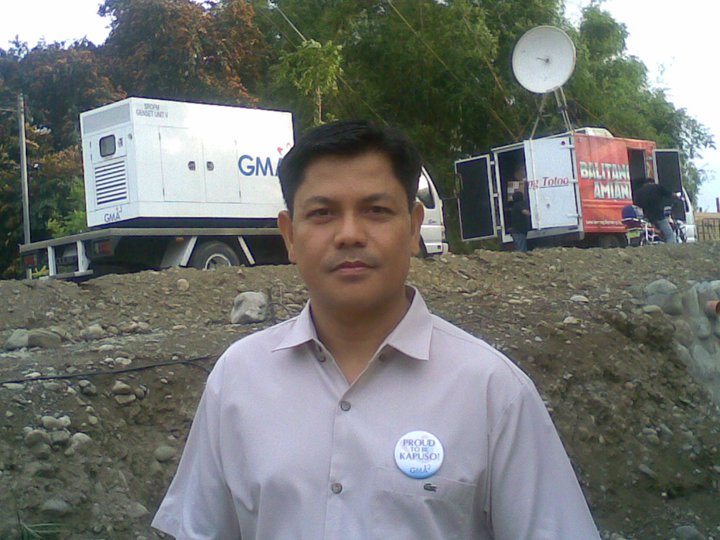 For raising the bar of excellence in local television news.

As supervising producer and anchor of GMA Ilocos’ Balitang Ilokano, he has shown novel ways on how information can be delivered in an engaging manner while adhering to the highest standards of broadcast journalism. As his well-driven team steps up the competition, and their rival network leveling up their game as well, the Ilocano viewer emerges as viewer.

Off cam, this philosophy graduate has taken the cudgels for marginalized sectors and for the environment through various running events and outreach programs. 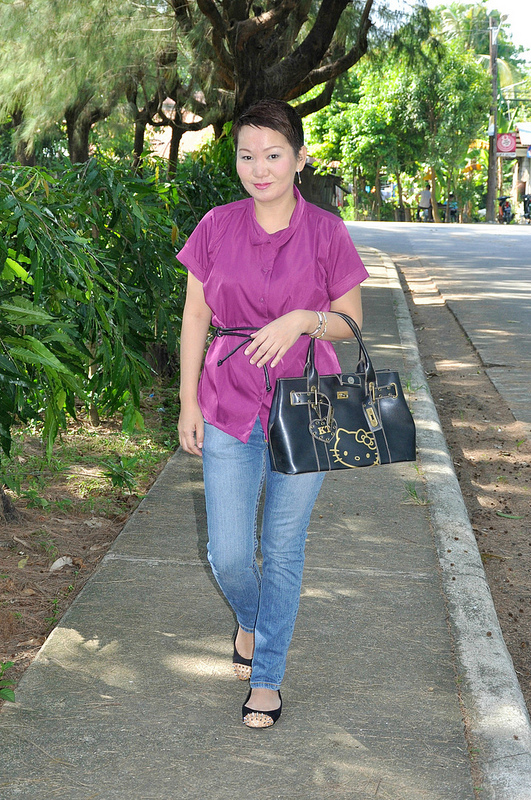 For her unparalleled blogging on anything and everything Ilocos and Ilocano, and for her contributions to ecoadventure tourism.

Hers is the blog most visited by tourists planning to visit Ilocos or wanting to know more about our place and people. Her clear and perky writing style aptly matched by insightful photos attract a loyal following. As a blogger, this nurse by training and businesswoman by experience is diligent, professional, and, generous with her talent. Most importantly, she has the right amount of ‘craziness’ any noteworthy lifestyle writer should have.

The Laoag Eco-Adventure Development Movement (LEAD), a group she co-pioneered, introduced sandboarding in Ilocos Norte. That sandsport at the La Paz Sand Dunes has been featured in various international publications and has been shown on NBC Today.

For showing Ilocanos and the nation that hope is in agriculture.

The poor boy—an ilegitimate child raised by his grandfather—dreamed of becoming a seaman and went on to finish a degree in marine transportation. That dream never came true. But he is not complaining… he is now Ilocos Norte’s Mango King! From a loned capital of P50,000, he started his own export business and was able to put up at least nine mango plantations. His secret to success: no shortcuts. It took him a lot of work to make his farms GAP-compliant (good agricultural practices). With the help of government and agriculture experts, he applies appropriate technologies to obtain optimum results.

For his unparalleled contributions to development journalism in the Philippines through a career that spans over half a century.

In 1972, he became the first Filipino to receive the Ramon Magsaysay Award for Journalism, Literature and Creative Communication Arts. Considered as Asian equivalent of the Nobel Prize, the Magsaysay award which was followed by a long roster of many other honors and recognitions, recognized his “standards of editing and publishing interesting, accurate and constructive farm news.

Philosophically, the Magsaysay noted, Sarian believes that “for a farmer to progress in his chosen profession, he should always be provided with fresh farm techniques.” He also holds on to the idea that there should be a continuing dialogue between policymakers and the farmer. Through decades, he has sought, and with most fruitful results, to serve as medium for acquainting the farmer with the latest agricultural techniques and ideas, and to offer a vehicle for the continuing dialogue between the government and its rural citizenry.

The next-generation development journalists, many of whom he dutifully trained and nurtured, look up to him as icon and inspiration.

To this day, he is agriculture editor of Manila Bulletin, editor of Agriculture Magazine, and blogger at AgriZACcess Ideas.

Congratulations to all our honorees. Agbiag ni Ilocano!

Congratulations to all our honorees. Cheers!